This is Why I Get Nothing Done

I wake up every day - ok, most days - thinking, "Today is the day I'm going to *insert major accomplishment here*" and then my day starts and it all goes to hell.  I should be used to it after having small children.  I remember celebrating small victories, like making it through the day upright and mostly functional after 42 minutes of continuous sleep and 6 gallons of caffiene-infused beverages.

Now that Maddy is 15 (sweet cracker sandwich! 15!), and she is pretty much able to take care of herself, I still can't get anything done.  In all honesty, I can't blame her.  I think it's my inability to stop multi-tasking coupled with my penchant for being easily distracted.  Maddy actually told me she changed her home page on her laptop to Google so she wouldn't be sucked into the click bait that is all over Yahoo.  Good idea, kid.  I keep meaning to do that to mine, but I saw the story about the Ikea monkey, and well, yeah.

Sometimes I also start a project that unintentionally leads to a dozen more.  Here's a stellar example of how things go awry:  Saturday.  It was the first weekend in a while that I had nothing pressing to do.  I'm starting to get busy with presentations and travel, so the thought of being home, trying some new recipes, and being domestic was mighty appealing.  We were scheduled for another Snowmygawd weather system to roll through as well, so I figured I'd whip up some homemade chicken stock for chicken pot pie and other tasty entrees.

I got up Saturday morning and started the chicken stock.  When I let Nolan outside, I realized it was almost balmy.  Of course, after months of below-freezing temperatures, 50 degrees seems like bikini weather.  I get the spring fever around this time of year and want nothing more than to dig in the dirt and plant flowers and bring bright colors to the yard after months of looking at dead grass and bare branches.  I knew it was way too early to start that process, but my indoor house plants were in desperate need of repotting.  What better time than now?  The stock takes four hours - plenty of time.

While the chicken broth simmered away, I took the plants, new pots and the potting soil to the deck.  It was pretty nice out there, listening to the birds chirp and feeling a breeze blow that didn't endanger exposed skin.  Smelling the fresh dirt, I could almost believe Spring might be coming soon.

As I moved plants around, I started with the smaller ones and worked up to the bigger pots.  I made the mistake of watering one of the bigger pots outside, which not only made it heavier, but I also forgot it had drainage holes, so I dripped muddy water across the door mat, Nolan's water dish and the mat under his food.  Luckily I saw it before I got to the carpet.  No big deal, right?  I'll grab the drainage tray, bring in the plant, then wash the rugs when I'm done.  Odds are I'm going to make another mess.  I've met me.

After a few more plants, I'm at a stopping point, because I need a bigger pot for the last plant.  I'm pretty proud of this one.  It was in a basket my friend sent me after Jessica and Kelli were killed.  Now it's so big it has a baby plant growing from it, which makes me happy.  Sometimes plants tend to die under my care.  While I'm waiting for the stock to finish, I'll water the rest of the plants downstairs, make sure I don't need any other pots, and also make sure I didn't have a big pot hiding somewhere.  Then I'll sweep the deck, wash the rugs, finish up the stock, take a shower and run to the garden store.

I take the rugs downstairs to put them in the washer, and start watering my plants. It's all going fine until the last one.  I have two large ferns in our guest room in the corner by the window.  These ferns have a tendency to shed leaves like the Charlie Brown Christmas Tree if you get near them.  After watering them, it's like a fall day in the woods, except its on the carpet.  I pull out the vacuum and start cleaning.  As I'm putting the vaccum cleaner back in the closet, I hear the telltale sound of water dripping on the carpet.  Of course, the drip tray is at maximum capacity but it was nice enough to wait until I was finished vacuuming to let me know.  Now I have to find a towel, move the elliptical, drag the first fern out of the way and take the second waterlogged pot off the stand, dump the tray in the bathroom without spilling it, sop up the water and oh yeah, I've got chicken stock on the stove simmering away upstairs.

I get the second fern mess cleaned up, start washing the rugs and now the towels, check the stove, and all is ok.  The chicken stock still has to cook another 30 minutes, and the vacuum is already out, so I'll just vacuum the downstairs and the steps, in case I tracked down any dirt.  We've also been having our basement ceiling fixed, so that fine white dust is everywhere.  I vacuum the floor and the couch.  When I move the throw blankets off the couch, they feel dusty so I have to wash those too.

I tell myself if I don't stop now, I'll never get to the store.  I turn off the stove, jump in the shower, and run to the store.  By now the temperature has started dropping so when I get home, I decide to repot the last one in the garage.  I have just a little dirt left in the bag, and as I pour it into the pot, I manage to miss the pot.  A 16" diameter pot and for the love of all that is sacred, I miss.  So there's dirt all over the garage floor which requires me to sweep it up, and then as long as I've got the broom out, I sweep off the entry rugs and the rest of the floor.

You see what I mean?  All I wanted to do was make a pot of chicken stock and move some plants around.  I wind up doing laundry, cleaning the garage, sweeping decks and floors, cleaning up my own messes, and vacuuming the couch.

But hey, the plants look nice, I'm stocked up on stock, and the chicken pot pie was delicious.  I guess it was all worth it. 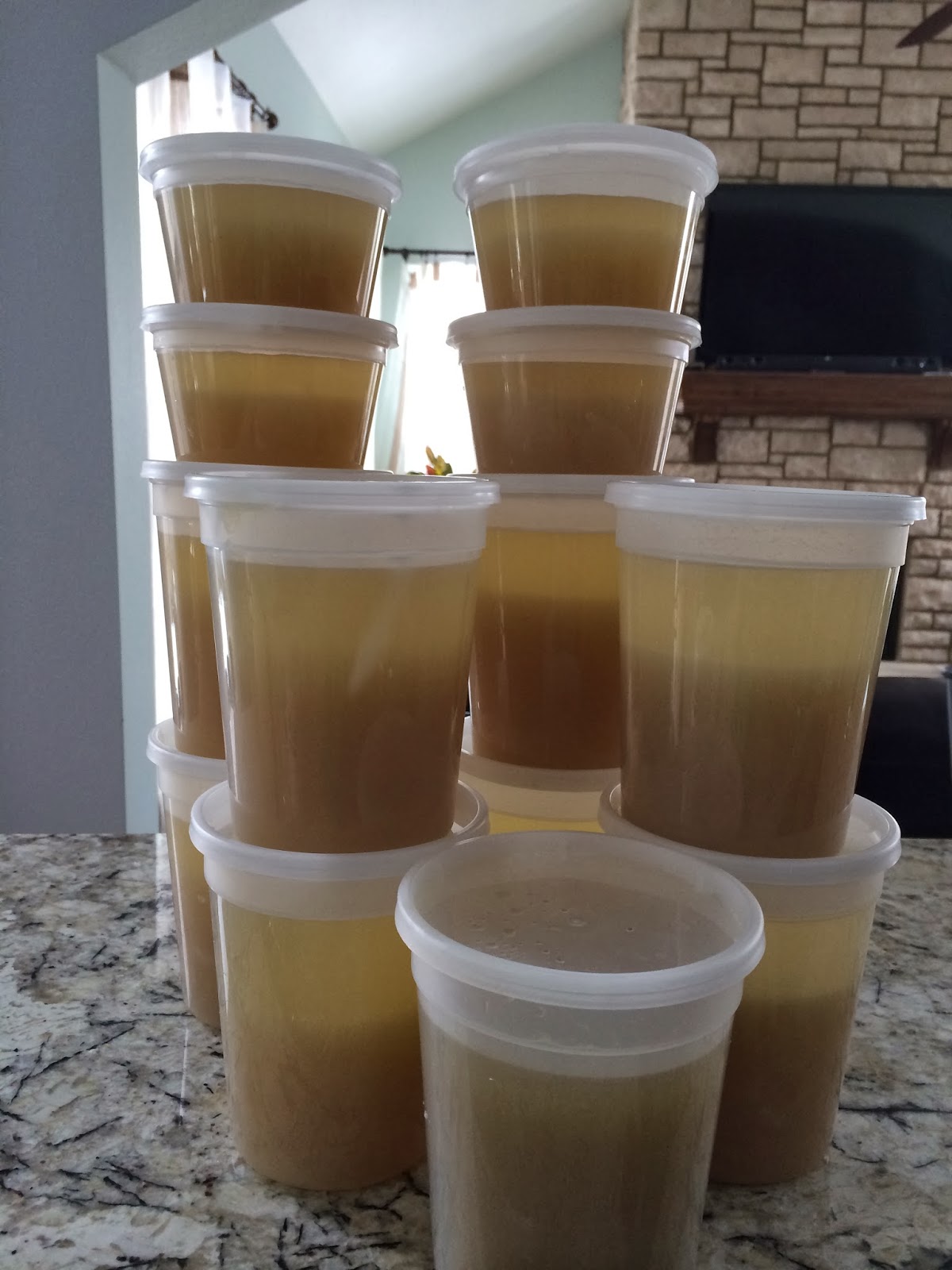 35 cups of chicken stock.  I used this recipe. 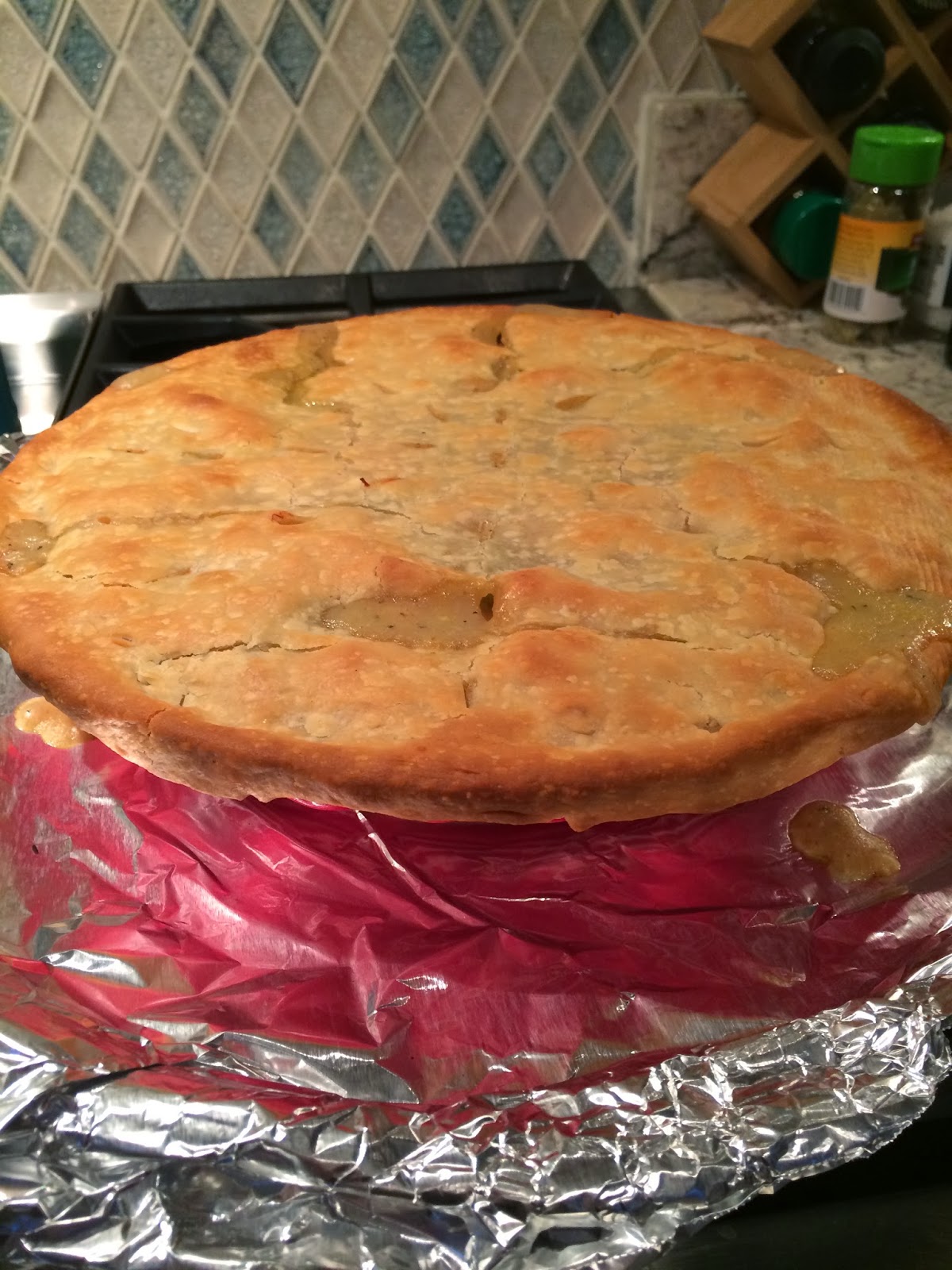 Chicken pot pie.  It was delish. 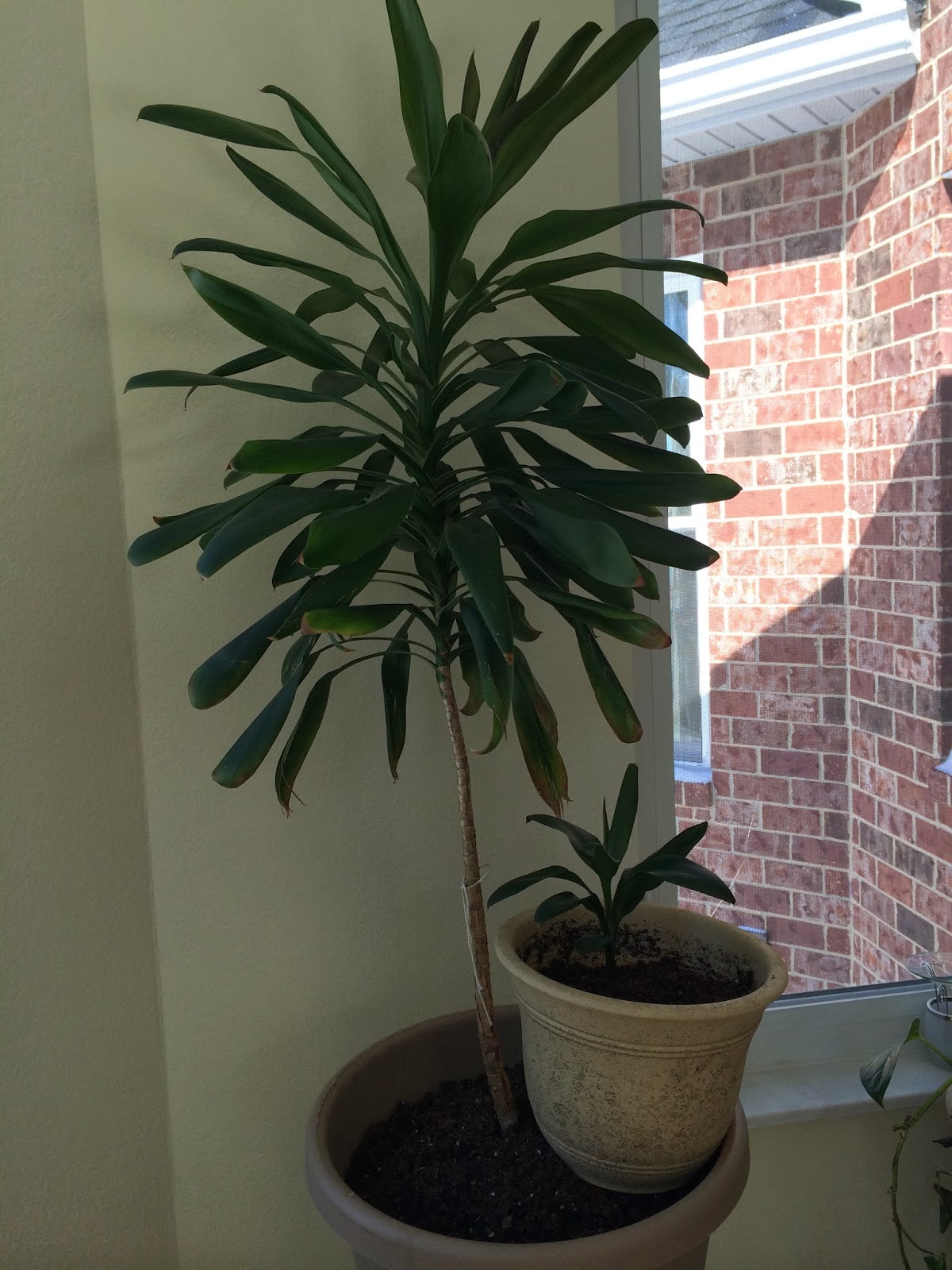 The big plant and the offspring.
Posted by Kim at 1:17 PM

Hello, and welcome back! Missed your posts!

I am also an easily distracted bunny!

Hi Kim! My name is Heather and I was wondering if you would be willing to answer my question about your blog! My email is Lifesabanquet1 AT gmail DOT com :-) I greatly appreciate it! 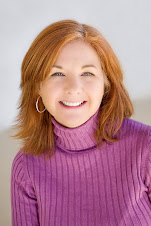